The Cheapest Places to Live in The UK 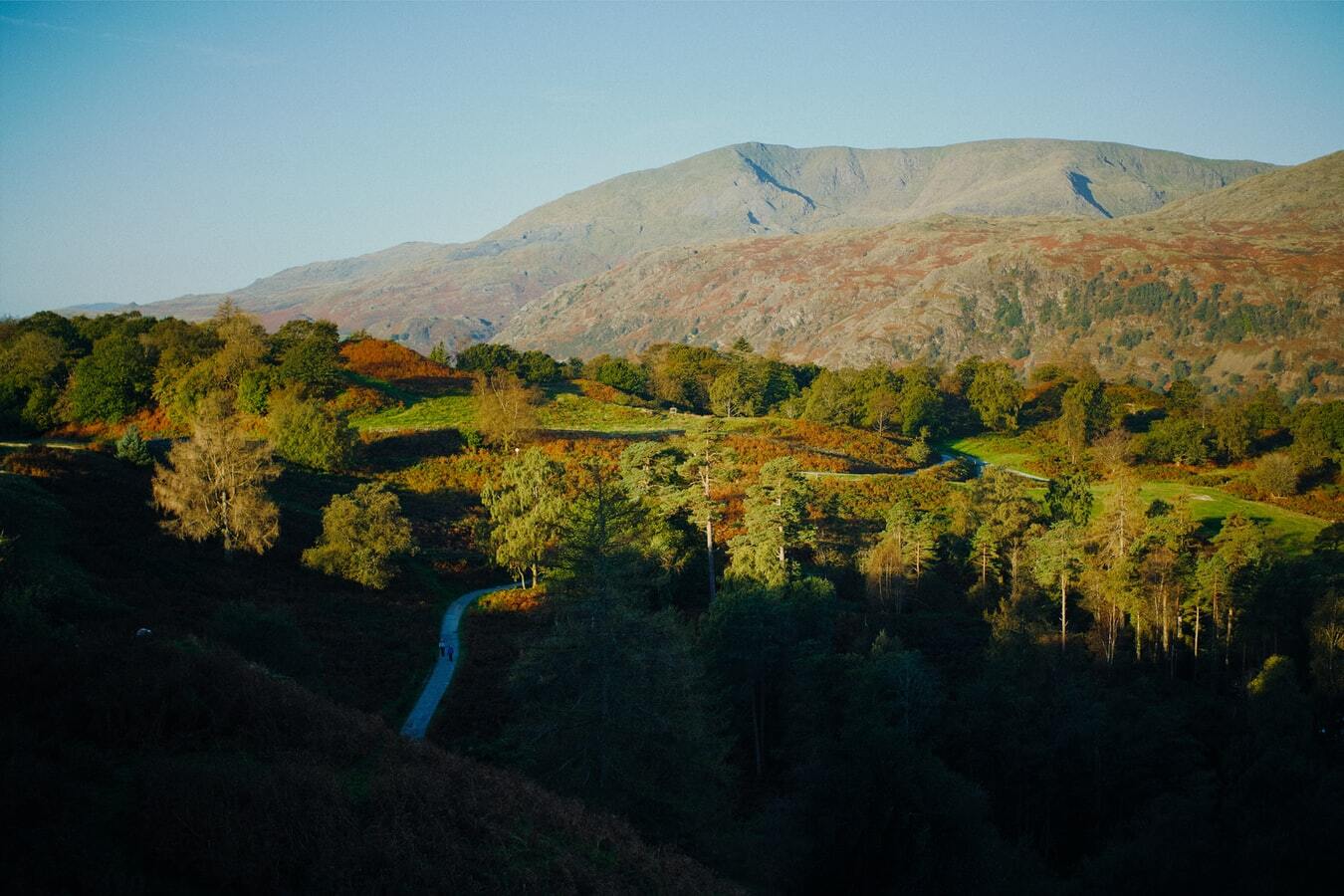 Where Are The Cheapest Places to Live in The UK?

As you are probably aware, house prices in the UK are in continual flux, therefore the cheapest area to live may change from time to time.

However, at the time of posting this article, the areas listed in this article are the cheapest places to live in the UK.

The Cheapest Places to Live in The UK

So you’ve decided that it’s time to purchase your first house, however you may be on a cramped budget.

If you’re flexible to move to any location across the UK, this list of the cheapest areas to buy a house in the UK may prove invaluable to your move.

The list below is based on the average price paid for all property types.

At the top of our list as the most expensive-cheapest places to live is the area of North East Lincolnshire. 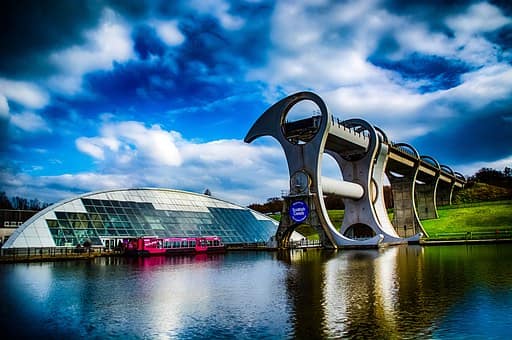 In twelfth position in this article is the town of Falkirk, which is located in the Central Lowlands of Scotland.

Taking into consideration the neighboring towns and villages of Falkirk, the total population is around 157,000 and during the past 12 months, the average price paid for a property here was ~£149,000.

Next in the rankings for the most affordable places to live in the UK is the Scottish area of Dumfries and Galloway.

The average price paid for a property here is currently around £147,000. 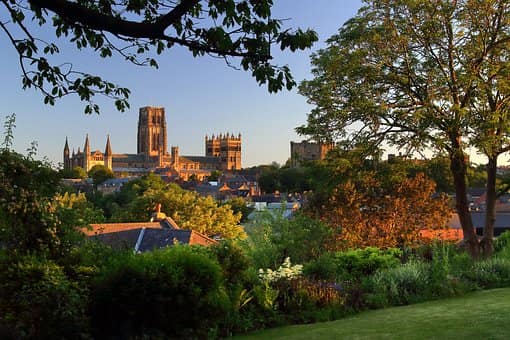 The County of Durham located in North East England has some of exceptionally cheap properties for sale, in fact, County Durham is the lowest priced County in England for properties – on average.

The median price paid throughout the entire county is around £146,000, however the areas of Trimdon Station and Peterlee have prices of ~£89,000.

Located to the North of Glasgow is the County of West Dunbartonshire, which sits in 9th position for the cheapest places to live in the UK.

During the past 12 months, the average price paid for a property in the county was around £133,000.

South of the River Clyde is the area of Inverclyde. Since the county is situated only a short distance South from West Dunbartonshire (as the crow flies), prices are fairly similar;

The average selling price of property in Inverclyde is around £132,000.

At around £5000 less per property, the average selling price in the South Wales County of Rhondda Cynon Taff is around £127,000.

In 6th position are the areas of North and East Ayrshire – The average selling price in these two areas are around £125,000.

This does not include the town of Ayr. Prices in Ayr and the immediate neighboring areas are around £184,000. 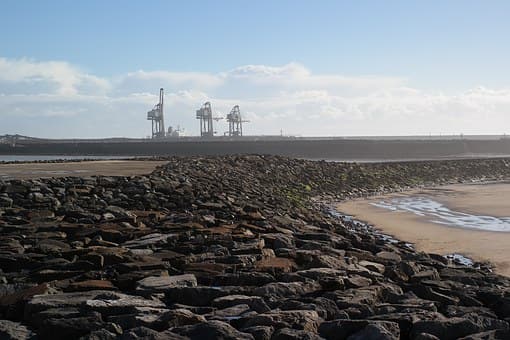 The County of Neath Port Talbot is located in between Cardiff and Swansea in Southern Wales.

Neath Port Talbot was once a key area in the industrial age and the local population peaked.

However since then, property prices have remained fairly low compared to other areas of Wales, with an average of around £124,000.

Situated slightly East of Glasgow is the area of North Lanarkshire. Property prices here have remained fairly consistent over the past decade, with only a slight increase.

The current average selling price in North Lanarkshire is around £123,000. 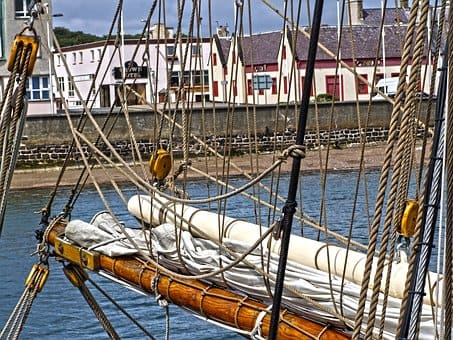 Now into the top 3 cheapest places to live in the UK, the Western Isles are the last Scottish area in the ranks.

The average price of property for sale in the Western Isles of Scotland is around £120,000.

Another area of Wales which was once an industrial hotspot, especially for the mining industry, is Merthyr Tydfil.

Similar to Neath Port Talbot, the industrial companies in Merthyr Tydfil provided hundreds of jobs in the past. However as mining slowed, jobs were less easy to come by.

Over the past decade, property prices have seen a slight increase in the area of Merthyr Tydfil (around £25,000).

The current median selling price in this area is around £117,000. 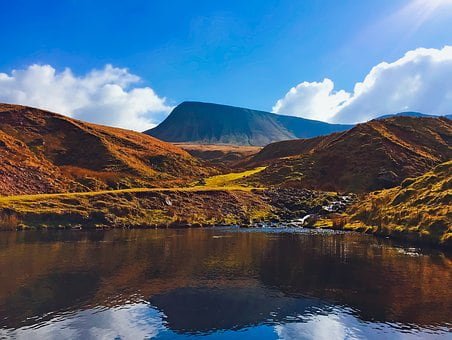 In the number 1 position in our list of the cheapest places to live in the UK is the area of Blaenau Gwent, which in fact neighbors Merthyr Tydfil in the Southern area of the Brecon Beacons.

The overall average selling price in the area of Blaenau Gwent is around £105,000. However, the town of Abertillery has the lowest priced properties – with an average of ~£92,000.

Would you consider moving to, or investing in, one of the areas mentioned above?

Let us know by mentioning us on social media! Our profiles can be found by following the links at the bottom of the website.

The 20 Most Affordable Areas of The UK

The table below displays the most affordable areas to live in the UK in terms of the ratio of median house price to median gross annual income per household for the year 2018.

The Most Expensive Areas to Live in The UK

It may come as no surprise that London tops the charts for the most expensive place to live in the UK.

The average property price in London is around £633,000, however the average for central London is even higher than this at £1.2million+!

Following London with the most expensive prices are the areas surrounding London, such as Surrey, Hertfordshire, Sussex and Oxfordshire.

Check out the 26 most expensive houses in the world.

Is it Cheaper to Live in Scotland, England or Wales?

Taking into consideration the information above of the areas with the cheapest properties along with the lowest ratio of house prices to earnings;

It would seem that Southern Wales offers the most affordable accommodation in the UK, with various areas of Scotland and rural England also coming close.

However, you should note that if you currently live in a large city, moving to one of these rural areas can be a dramatic lifestyle change.

You shouldn’t move to one of these affordable locations on a whim – it should be a well thought out decision.

Are you a first time home buyer? Check out our comprehensive guide for first time buyers.