HS2 – How Will Property Prices be Affected 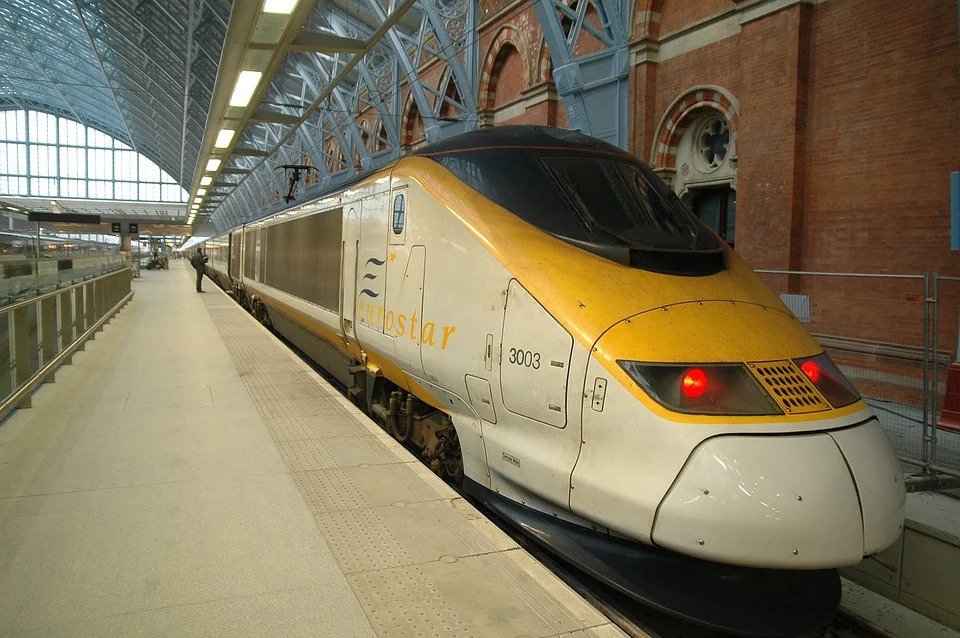 Could HS2 Boost Property Prices Outside of London?

HS1, was the first project of the high speed railway system, which was initially completed in 2007 and connects London to the channel tunnel line.

Due for completion in 2026-28, HS2 is the second stage of the transportation project which aims to connect the Northern Powerhouse to London.

HS2 is split into two phases and will potentially cost £88 billion.

The first phase of HS2 was given the go ahead in 2017 and will connect London to Birmingham city and airport via a high speed railway. Sections of the track allow speeds of up to 225mp/h.

The figure below displays the initial phases of HS2.

Phase 1 (blue line) connects London to Birmingham. Phases 2a and 2b will connect the phase 1 line to Manchester, Crewe, Leeds, York and the East Midlands. 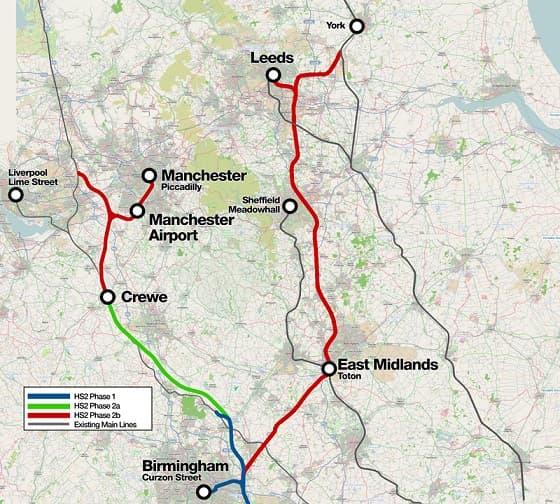 The figure below displays the possible Northern Powerhouse lines which will connect the HS2 lines between Liverpool, Manchester, Leeds, Sheffield and potentially further North. 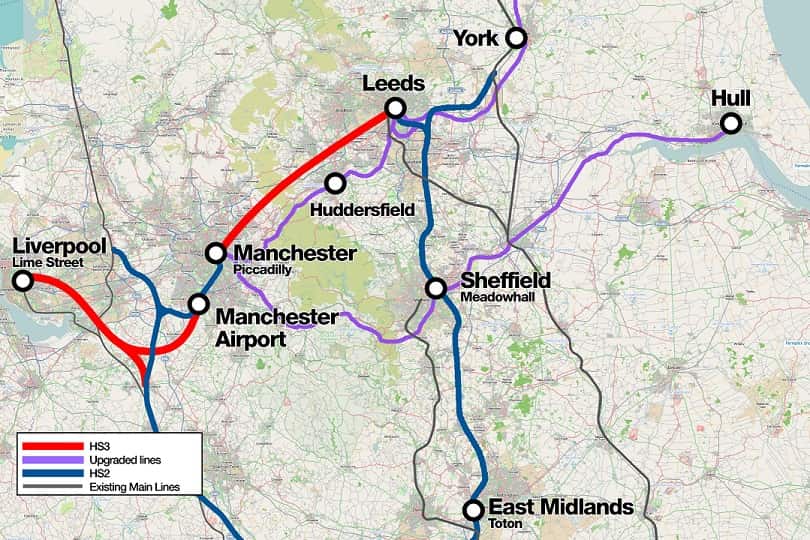 Since the completion of phase 1 is only ~5 years away, could there be an affect to property prices?

The current commuting time from Birmingham to London is around 1 hour and 24 minutes – After completion of phase 1 of HS2, this will reduce to just 49 minutes.

From Manchester and Leeds, the current commuting times to London are 2h8m and 2h20m respectively. After the completion of phase 2, these times will reduce dramatically to 1h8m and 1h28m respectively.

Other Northern stations will see commuting times reduce by between 17.1-38.8%.

Due to these reductions in commuting times, we could expect a boost to the economy of Northern England and Scotland and in turn an increase in house prices.

Why HS2 Could Boost House Prices

It is well known that property in London is extremely expensive compared to cities such as Manchester, Birmingham and Liverpool.

With a significant decrease in commuting times, those living outside of London will have easier access to the capital. This in turn means that individuals who wish to work in London can purchase or rent more affordable homes in the Midlands or North.

The transportation and infrastructure has been lacking in capacity and has prevented the North from reaching its economic potential.

It is estimated that the completion of HS2 could create nearly 500,000 jobs in Northern cities and towns – with Liverpool and Manchester seeing increases in economic growth of £15bn and £132bn respectively.

Thousands of businesses have reacted to the plans of HS2 stating that the North-South divide will be eradicated, allowing businesses to flourish in more cities than just London.

By the year 2037, the potential benefits to Northern cities output can be seen in the table below.

With an increased accessibility between Northern Cities and into London along with the economic growth potential, HS2 could very well provide a boost to property prices in Northern cities and towns.

How You Can Position Your Investments

As phase 1 is due to be completed within the next decade, how can you position your property investments?

The first phase of HS2 will connect London to Birmingham, therefore for the initial price increases, it would be advisable to focus on properties in and around the city of Birmingham and nearby West Midlands locations.

However, as phase 2a and 2b will soon follow, the areas of Crewe, Liverpool, Manchester, Leeds and York could also prove lucrative investments.

Various individuals and committees are challenging the construction of HS2 due to environmental and economic reasons. However, the large majority of leaders in the North are adamant that HS2 is critical for successful growth of the North.

There are slight concerns by many in the North that the plans to continue with HS2 and the Northern Powerhouse lines will be scrapped, leaving London to continue flourishing and leaving the North behind.