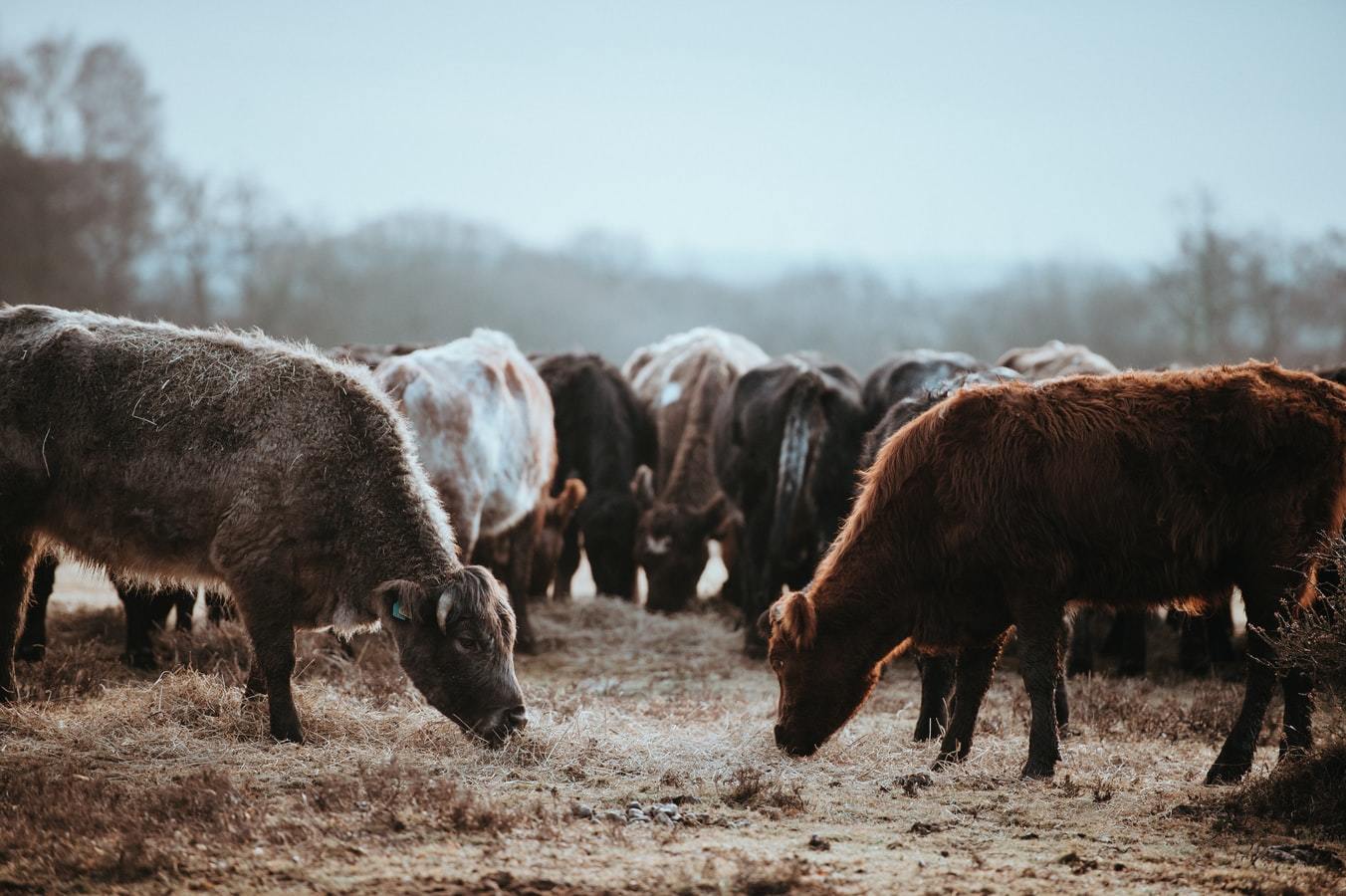 Should You Keep Eating Meat and Leave Your Lights on?

"Stop eating meat if you want to save the planet."

"Cut down on plastics and recycle to save the planet."

"Turn the lights off and install a smart meter to reduce your footprint."

It’s gone on long enough and it’s time to get our vision straight and strive for real, meaningful change, then focus on perfecting global emissions.

Believing that no meat & recycling will save the planet is just contributing to the problem and is quite frankly mindless, uneducated, destructive behavior.

“The climate always changes, why is this any different?”

Yes, it’s true that the climate has cycled between ice ages and warm periods. This is not just a normal warm period. We’re in fact theoretically due an ice age, however due to pumping CO2 into the atmosphere, it may not occur for another 100,000 years – a relatively short time in earths age. But anyway…

Human driven climate change is close to the point of no return. The maximum global rise in temperature needs to be no higher than 1.5ºC by 2030, however with current emissions, the rise will be 3ºC at least. This is only 10 years away.

You Might be Wondering What The Point of This Article is...

Recent news coverage suggests that not eating meat will reduce climate change, which in theory is correct, however it is not enough. Emissions produced from other industries far outweighs that of agriculture.

With a narrow timeline of just 10 years, focusing on the wrong area will have disastrous consequences. It seems counterproductive to focus on not eating meat, especially when it contributes to only a tiny proportion of emissions.

This article aims to give you a clearer picture of what areas should be focused on, while highlighting some of the devastating effects if nothing is done.

Let's Start With Some Facts

We need to first highlight a few facts/stats:

Bare with us.. while the agriculture industry does release emissions, reducing plastic use will produce less waste and installing a smart meter is (fairly) beneficial, these should not be your, or anyone’s priority.

Point 1: Farming Contributes 5% of The National Emissions Output in The UK.

With a global reduction of 80% in emissions by 2050 mandatory to avoid irreversible climate change, why focus on a tiny percentage of emissions when there are industries pumping out 10x the farming industry?

Compared to the UK, global agriculture emissions are slightly higher, currently at around 13% of the total. But the point still stands. Without drastic changes to other, more polluting industries first, simply not eating meat won’t reduce emissions enough.

Once emissions are at a safe level, then and only then should we consider perfecting global emissions of other, less polluting industries.

As can be seen in the figure below, the UK agriculture industry only contributes a small amount to the total national emissions. 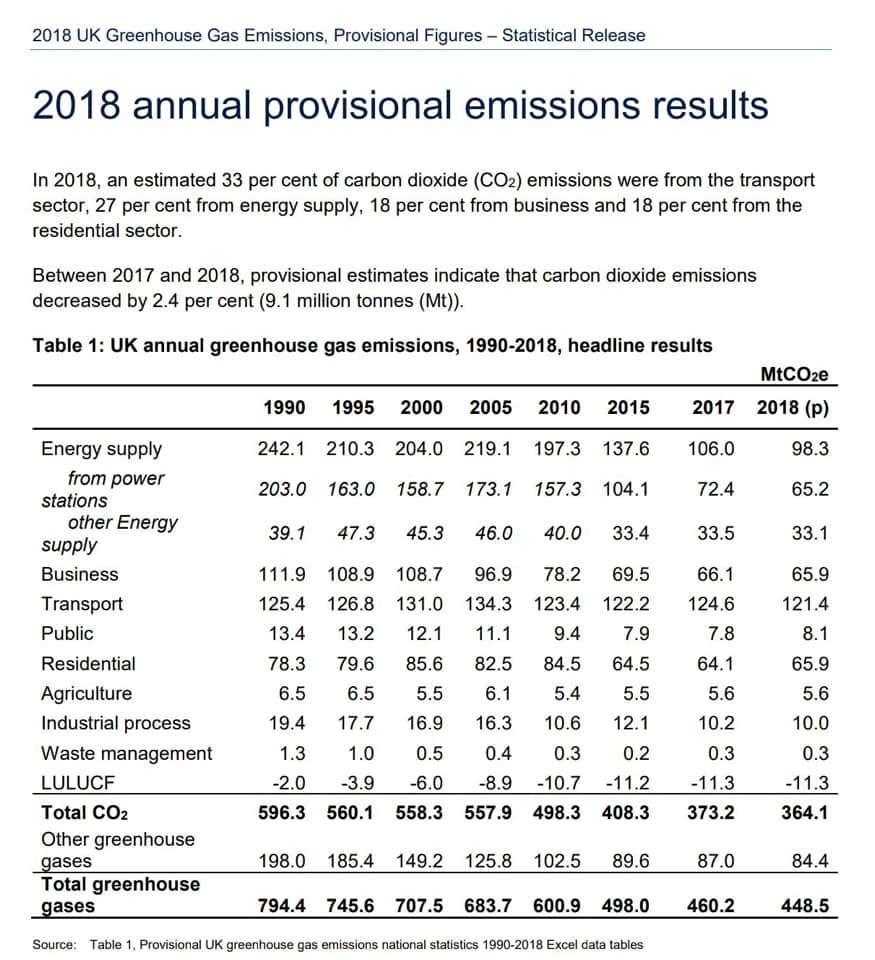 There are two reasons someone may choose to follow a vegan diet;

The first reason is they do not like the fact animals are slaughtered and secondly that veganism is healthier and better for the environment.

While everyone is entitled to their own views, one fact remains prevalent; The majority of the food in a vegan diet is imported from countries thousands of miles away, which completely goes against the belief that a vegan diet is better for the environment.

“Often the argument is made that going vegan would minimise land use, and the modelling studies that have been done demonstrate that that’s not the case. – Source

Yes, less energy is used to recycle a material than to reproduce it from raw materials, however, there are bio-degradable options such as hemp plastic, which is also non-toxic, which would not require recycling.

Why focus on recycling a polluting material when there are many environmentally friendly alternatives that won’t require recycling? Or better still, just ditch all one-use plastics and products, then there will be no need to recycle anything.

Point 4: Turning Off The Lights And Installing a Smart Meter Doesn't Make You Green

Don’t get us wrong, it’s a step in the right direction to reduce your energy use at home and small changes do add up when multiplied by the total population. However, if you’re only making miniscule lifestyle changes, you’re not exactly contributing to the best of your potential.

In the long run, electricity usage won’t be an issue, with a shift to green energy generation – humans will always require electricity.

The main point of this article is to show you where the real issues spur from.

Let’s take a look at the largest contributors to global emissions.

In the figure below, we can see that agricultural and residential emissions contribute to a relatively low proportion of total emissions. 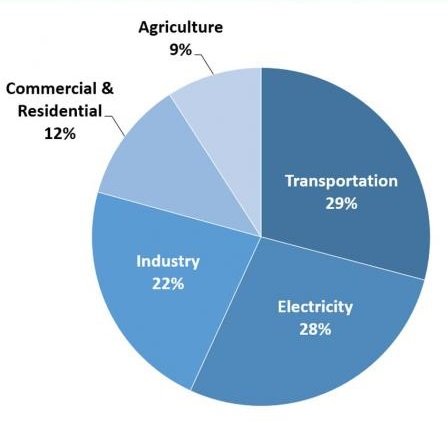 While reducing agricultural, commercial and residential emissions should not be discounted completely, it would seem far more beneficial to combat the emissions from transportation, electricity generation and industrial sectors.

It is truly bizarre that a large proportion of the population are obsessing over plastics and reducing meat when transportation, industry and electricity generation contribute a cumulative 79% of emissions.

If these larger contributors aren’t addressed, reducing meat consumption and plastic use is completely pointless.

We’ve previously discussed the devastating effects which climate change will have on the property market;

By 2050 up to 800 million people could be displaced from their homes, with trillions of $ worth of damage.

By 2085, in the UK alone, 1.5 million properties will be at severe risk of flooding.

At present, 70% of Europe’s largest cities are at risk of sea level rise.

Climate change will increase extreme weather – hurricanes, severe flooding & wildfires, will all continue to cause devastation, with a much higher impact as global temperature rises.

There will be more droughts and heat waves. Coral reefs will die out, marine wildlife will reduce, crops will be harder to grow and produce less yield. Fresh water supplies will decrease and health impacts will be felt in large cities. 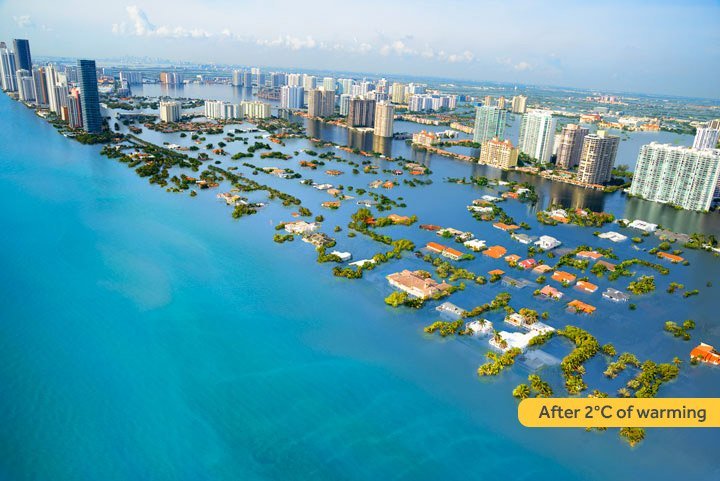 What Can, or Should be Done

Large news outlets could try to spread this message, instead of continual meat/vegan articles which just stir the population and provide no benefit.

We’ve previously discussed their scare mongering with the property market after Brexit.

The same goes for recycling – there will be no significant benefits until other sectors reduce their emissions.

It is estimated that every $1 invested now will save $5 of damages in the future – investing in renewables for your home will not only reduce your carbon footprint, but will reduce your monthly bills & increase the value of your home.

A few notable features you could add to your home are:

If you live in a flood-risk zone, retrofitting your property can be a great idea to avoid damages and expensive repairs.

In an ideal situation, all new build properties should not be built in the “traditional” sense (brick and mortar with gas central heating), but should be transitioned into green, eco-friendly homes.

There is still 4x more investment in fossil fuels than in renewable energy.

Considering the short timeline for radical change, this should definitely be inverted ASAP.

Instead of sitting back and hoping that your local representative will take initiative and push for policy changes, pester them to strive for positive changes.

As a species, we should stop thinking individually and start think globally, as one. Instead of funding fossil fuel development, wars and other highly polluting sectors, a shift is needed, not in 10 years, not even in 5, this needs to change soon.

Simply focusing on the easy wins is not the correct way forward in the current situation – Reducing meat consumption or recycling your plastic is not going to save the planet. Green energy production, enviornmentally friendly transportation and clean industry is the only logical way forward.

What are you doing to try and improve your carbon footprint? Let us know by sharing this article on social media and tagging us in your comment!